Is there a real estate bubble in Mongolia? 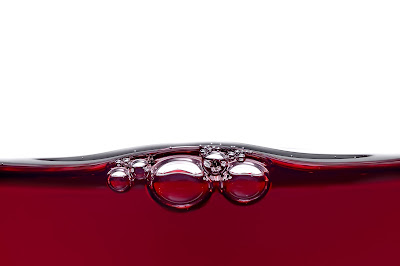 Over the past decade, cheap credit and rising commodity prices in resource rich emerging economies across the world have caused real estate prices to soar in the urban centers of these frontier market countries. Yet, in the aftermath of the 2008 world financial crisis, huge sell offs rocked the property markets of emerging economies across the world as FDI and bank lending temporarily skidded to a halt.

Kazakhstan was one such country that encountered an unforeseen property bubble and financial crisis after nearly a decade of high growth. Driven by an influx of oil related FDI and easily accessible mortgages, land prices in downtown Almaty, Kazakhstan’s largest city, surged a whopping 8000% between 2002 and 2008 while the cost per meter of apartments in the downtown area rose 833% in the same time period*.

However, as the American subprime crisis took effect in 2007 and 2008, the housing bubble in Kazakhstan began to burst, and it did so quickly. By the summer of 2008, housing had dropped 40% from its peak levels and construction developers found themselves with unsold and unsellable apartments in their complexes. A full-fledged banking crisis had occurred in Kazakhstan, and developers struggled to find the financing necessary to finish partially constructed projects. Oil prices had dropped to all time lows, and to top it off, massive currency devaluation ensued, pumping up the cost of construction imports such as lumber, steel, and cement by as much as 20%.

As a country, Mongolia shares many commonalities with Kazakhstan. Both are resource economies, former Soviet satellites, and have similar cultural heritage. In a similar fashion to Kazakhstan, when the price of copper crashed in late 2008 during the global financial crisis, Mongolia's government had to call in the International Monetary Fund for help. Thus, the real question becomes: is Mongolia following a similar “boom and bust” path as Kazakhstan, and if not what differentiates the property markets between the two countries?

The real estate market in Mongolia, especially in the central business district of Ulaanbaatar, has already seen significant capital appreciation, but it is nowhere near to the 30-fold increase in Kazakhstan real estate prices prior to Kazakhstan’s bubble bursting in 2008. More importantly, mortgages for would-be apartment owners became accessible in Kazakhstan in 2002 – the start of their period of high growth. In Mongolia, however, mortgages are just now becoming accessible to the general public and most commercial banks still require down payments of 30% or more up front.

The financial industry in Kazakhstan played a large role in stimulating the property bubble by enabling unqualified creditors to take out mortgages that they couldn’t afford. The global financial environment of cheap credit and competition among national banks encouraged dependence on short- and medium term borrowing through the bond market, rather than dependence on banks’ own internal deposits and savings. In this quantity-driven environment, the way to success was through more borrowing abroad and more lending at home while quality became a secondary matter. This is a phenomenon we have yet to observe in Mongolia.

Clearly, speculation and Dutch Disease contributed to Kazakhstan’s real estate bubble. It was not just one, but many factors, such as oil price fluctuations, inadequate risk management, and currency devaluation that led to the unsustainable nature of Kazakhstan’s real estate market and economy as a whole. Even though the mining industry is certainly not free of risks, it is undeniable that mining will bring a ramp up in GDP and wage growth, and consequently induce higher real estate prices. The news that the government is considering raising state employee wages 53%, doubling state employee wages from 2008 in 4 years time, does not discourage this thesis.

As Mongolia’s property market heats up even more, Mongolia must find the right balance between enabling growth by lowering lending standards and encouraging new home ownership while also managing risk across the mining and financial sectors in the long term.

You can advertise your property on our blog. It's only $15 per month. Contact us: mongoliarealestateblog@gmail.com